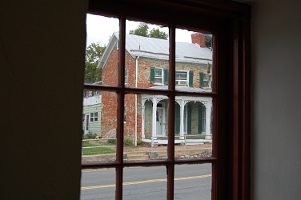 This Commission from the Scottish Lord Lyon has recognized Clan Ewing with Thor Ewing as Commander.  While we would say Clan Ewing has existed in the hearts of Ewings at least since the 15th century, we have not had a Clan Chief for a long time.  As Commander, we look to Thor Ewing to breathe life into the Clan, looking forward to the next official step, the recognition of a new Clan Chief. Clan Ewing is distinct from the Ewing Family Association, but EFA enthusiastically supports the Clan and hopes to sponsor Clan-related events, especially in the USA. 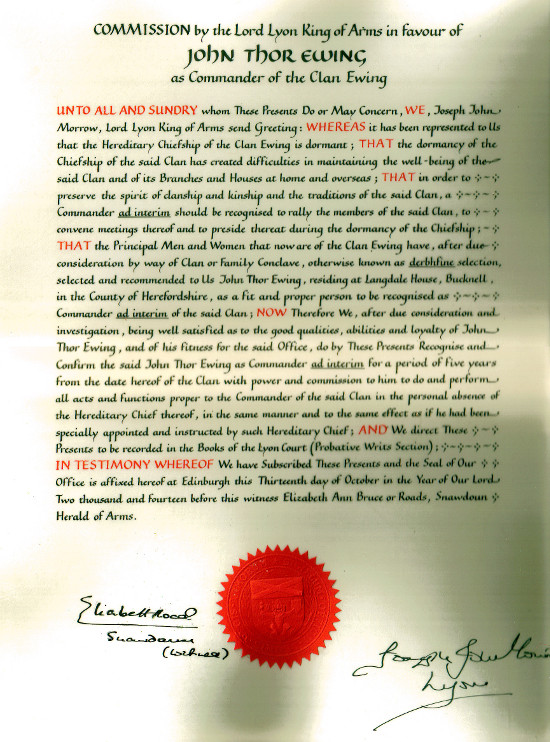