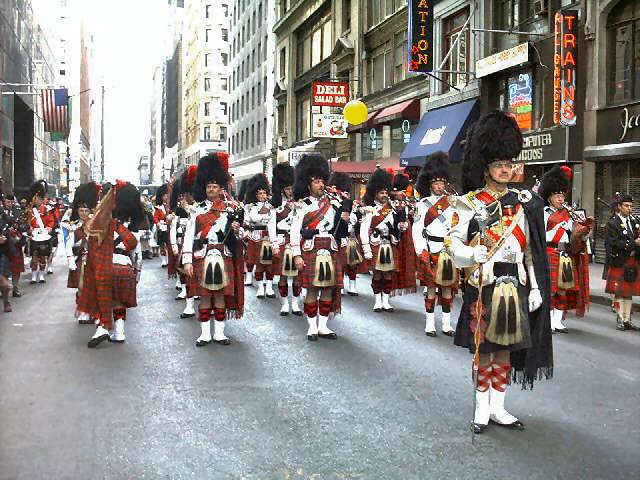 The Board of Directors of the Ewing Family Association (EFA) has approved the creation and development of an honorary veterans' group. The EFA hereby recognizes and salutes those EFA members and immediate family members who have faithfully served as veterans of the Armed Forces of the USA.

Veterans wishing to be formally recognized and become part of the EFA veteran’s group, called the ‘Warrior Regiment’, may now apply for membership. Print the Warrior Regiment application (PDF format), fill it in, and mail it with a $5 fee to the ‘Adjutant’, Walter (Major) Ewing, or contact him at This email address is being protected from spambots. You need JavaScript enabled to view it.. Members of the Warrior Regiment will be awarded a special Certificate and a ‘flash’ of Clan Ewing Tartan. The flash is the group’s symbol of membership and is to be worn on a Scottish cap or civilian hat. In the near future a Clan Ewing ‘Badge’ will be available to wear with the flash. Members may now wear their Military Branch (Scottish style) badge. The flash and badge combination is a nice addition to a kilt outfit.

The veterans’ group will exist as an honorary roster of veterans. However, there may be times at Scottish Heritage or EFA events whereby group members could ‘muster up’ and experience the esprit de corps that comes from not only being veterans but being of Ewing Scottish descent. The Clan Ewing Commander, Thor Ewing, has also given EFA approval for establishing the Warrior Regiment.

Our EFA veterans group will surely promote a sense of pride and energize the EFA membership. Let us hope our younger generations of Ewings appreciate this and other special groups within the EFA.